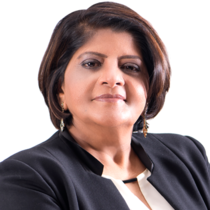 Batul Morbi is one of the North Shore of Long Island’s premier brokers. Her objective and top priority is, and has always been, to do the very best for her clients by demonstrating commitment, expertise and unparalleled service. A top producer for over 25 years, Batul was named Residential Real Estate Agent of the Year—Nassau County in 2014 by Long Island Business News.  She was honored by the Geetika Rudra Endowed Scholarship Award for Hofstra University in 2013, and has also received citations from the New York State Assembly and Nassau County Legislature, commending her for her dedication and commitment to her community.

Since 1991, Batul has personally listed and sold residential properties representing over $300 million. Her specialty is in the luxury market, particularly in the North Shore area, where she has been a resident since 1982. She prides herself on providing clients with insightful, current information about the market, along with historical information covering a myriad of real estate cycles, enabling them to make intelligent and informed decisions. Her success and empathetic client focus has earned her the moniker of “There’s Only One Batul.”

In addition to her passion for her profession, Batul is a mother, a grandmother of two, and has been married for over 40 years. She enjoys lunch with her friends and going to the movies.  Other hobbies include outdoor activities, such as the beach and parks—her favorite is the local Muttontown Preserve, the largest nature preserve on the North Shore of Long Island (with over 500 acres of fields, ponds and estate grounds), where you might find her strolling through the gardens while sipping coffee.  She is also an avid home chef who is always looking to master different recipes from around the world.